The Influence of Emotional Intelligence on Anxiety Disorders 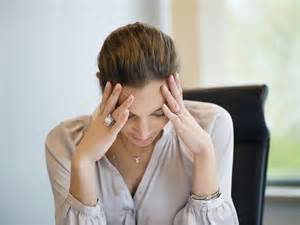 Anxiety Disorders
Anxiety Disorders
Subjective anxiety ratings when confronted with phobic stimuli. "After" measures were made 2 hours after the subject took either a pill containing diazepam (Valium) or a placebo. (Adapted from Whitehead, Blackwell, and Robinson, 1998, p. 63). Although placebo and enthusiasm reactions may account for some of their effectiveness, psychiatrists and other physicians who prescribe tranquilizers have found them valuable in reducing states of great tension. The behavioral effects of tranquilizers or other like drugs suggests that these agents reduce the intensity of stimuli that signal punishment.

In 1960 a group of drugs called benzodiazepines were introduced.
And are used for the treatment of anxiety, tension, behavioral excitement
and insomnia. This shows the effect of one dose of a member of this group,
diazepam (Valium), on the anxiety experienced when people who were
phobic about cats and roaches were exposed to these animals.
Similar results were obtained when the dependent measure was how close
the person would come to the fear-arousing stimulus. This seems clear that
a dose of diazepam made them better able to tolerate.
These include drowsiness, lethargy, motor impairment, and reduced
ability to concentrate. The drugs also produce physiological and
psychological dependence. Excessive use may lead to undesirable behavior,
including disorientation, confusion, rage, and other
symptoms that resemble drunkenness.

Several years ago researchers found that benzodiazepmes
bind to certain receptor sites in the receiving
neuron and that the relative potencies of drugs in competing
for these binding sites parallel their clinical effects.
Receptor sites serve as receiving stations for the
brain's nerve cells. They are analogous to locks into
which the appropriate chemicals fit like keys. Research
has shown that some chemicals open the locks, others
After simply block the "keyhole" so that nothing else can, get
in, while still others seem to unlock different but related
processes. Accordingly, a whole spectrum of drugs has
been developed, some of which act as tranquilizers
while others block that action and still others produce
the opposite effect-anxiety. One anxiety producer that
is being used in animal research is a chemical called
beta-CCE, a member of a family of substances that have
powerful effects on the nervous system.

Emotional Intelligence Vs Drugs:
Efforts to map receptor sites have shed light on
the specific sites in the brain that mediate the effects of
different types of drugs. One of these mapping efforts
has shown that mice that were inbred for "emotionality"
had fewer 2-zodiazepine receptors than "none emotional"
strains of mice (Robertson, 1979). It has
also been found that many receptors are specific to certain
chemicals.

For example, other drugs, such as alcohol
and barbiturates, do not bind to the benzodiazepine
receptors. Future research will make clearer the mechanism
by which anti-anxiety drugs exert their effects, and
may give rise to more effective drugs with fewer side
effects.

The discovery of receptor sites for anti-anxiety
drugs has set off a widespread search for other details of
the brain system to which they are a key. Some experts
believe that receptor sites are a key to a natural anxiety.

Outline
1. Although it is normal to experience anxiety occasionally,
it is abnormal to feel strong anxiety chronically in
the absence of a visible cause. The characteristics of anxiety
include feelings of uncertainty, helplessness, and
physiological arousal.
2. Generalized anxiety disorder is marked by chronic
anxiety over a long period. Panic disorder consists of
recurrent, sudden anxiety attacks leading to feelings of
intense terror and dread. In phobic disorders, the experience
of anxiety is connected to a specific object or
situation. In obsessive-compulsive disorder, the individual
tries to ward off disaster by thinking certain
thoughts or performing certain actions.

GENERALIZED ANXIETY DISORDER
1. The physiological responses to fear and anxiety are
the same, but in the case of anxiety the cause of worry
is not apparent.
2. The symptoms of generalized anxiety disorder are of
four main types: motor tension, hyperactivity of the
autonomic nervous system, dread of the future.
2. There are three general types of phobias. Simple
phobias are a miscellaneous group of irrational fears
that do not fall into the other two categories. Social
phobias are characterized by fear and embarrassment
connected with dealings with other people.
Agoraphobia most  common type, is fear of
entering unfamiliar situations.
Agoraphobia is often a complication of
panic attacks.

OBSESSIVE-COMPULSIVE DISORDER
1. Obsessive people are preoccupied with recurrent
ideas; compulsive people feel compelled to perform the
same action over and over again. These compulsive rituals
become a form of protection against anxiety. The
individual recognizes the absurdity and irrationality of
the obsession and that anti-anxiety drugs act in the
same way as natural body
substances, perhaps still undiscovered,
that keep anxiety under control. One of the exciting
questions that are now being investigated is that of
what substances produced within the body attach to
which types of receptors.
There is also evidence that patients with anxiety disorders
who receive tricyclic medication may
respond more positively to exposure therapy than those treated
only with exposure (Roy- Katon, 1987).

Evidence that antidepressant drugs are useful in
treating anxiety disorders suggests that the relationship
between anxiety and depression needs careful study.
Cases in which either anxiety or depression receives a
DSM-5-R-I diagnosis often have features of the
other, as well. One study found that all patients in a
sample of people diagnosed as depressed also showed
anxiety symptoms (Barlow and others, 1990) per vigilance.

Looking for treatment? If you are ready to schedule a FREE Consultation...
I encourage you to access this website for treatment here: http://www.TheLiberatorMethod.com/