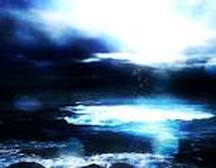 Humanistic psychologists stress that people are naturally good. Given the
kinds ofpsychological conditions that are necessary for psychological development, people will grow and fulfill themselves. In short, they will self-actualize.


Think of a seed in this regard. It has the capacity to grow, but it will
not do so until it gets the basics-sun, water, and nutrients-and in the right
amounts, for it can as easily be ruined through over-attention as it can by
neglect. So it is with people. Their natural destiny is to become everything
they were created to be, to actualize all oftheir potentials. And they will do
precisely that, provided that they are given adequate nourishment and are
not thwarted by society. This notion differs from the psychodynamic view,
which holds that people are essentially bad, that without such traumas as the
Oedipal conflict, raw id would simply run rampant, gratifying one selfish
desire after another, and that socialization consists of tempering these untrammeled
impulses, channeling them, and making them more acceptable.
Humanists instead believe that given a good psychological environment,
without threats of dire punishment or withdrawal oflove, humans will grow
and self-actualize.


What conditions foster proper psychological growth?
Carl Rogers suggests...
that early in their development, children develop a need for self-regard
and for positive regard from others. These needs are gratified to the extent
that children experience unconditional love. Given this, children feel free to
be themselves. But unconditional love is a notion that many people find
difficult to accept. Won't the child become spoiled iflove is unconditionally
given, without regard for the child's behavior? How does one offer unconditional
love when a child is being willful or bratty?


The following vignette may make the matter clear:
A two-year-old bangedon his high chair while the rest of his family conversed during dinner.
Subsequently, he began to throw his food, dishes, and utensils to
the floor, one by one. Other parents might have punished this annoying behavior.
His father, however, behaved differently. Instead of berating him, or even noticing
what he was doing, his father attended to him, playing gently with him, and holding
him while continuing conversation. The child stopped banging and throwing,
and continued to eat like everyone else.
With in Rogers's framework, the principal causes of psychological disorder
arise from the application of conditional love: love that is given only
when the child behaves as his or her parents desire, and love that is withdrawn
when he or she does not behave as they wish. Under such conditions,
children become what their parents want them to be, not what they want
themselves to become. They acquire parental values and attitudes and incorporate
those values into their self-image, creating an ever-widening gap
between their self-image and their true selves. Their own self-actualizing
drives become thwarted as they continually implement others' desires in
order to acquire their affection. Personality disturbance arises from people's
attempts to become what others want them to be. Over time, many people
lose track of who they are and end up living out their lives in unwilling accommodation
to others.

Self-actualization, then, is a central notion in humanistic psychology. It is
not to be equated with selfishness or self-centeredness, however, for the selfactualizing
person is well socialized, cooperative with others, and altruistic
precisely because he or she has high self-regard and is gratifying significant
desires. Positive personal experiences quite naturally breed cooperation and
altruism (Rosenhan, Moore, and Underwood, 1974; Rosenhan, Karylowski,
Salovey, and Hargis, 1982).
More at:
http://emotional-intelligence-training.weebly.com/

Of course you know the training method I recommend!
http://theliberatormethod.com/Welcome.html