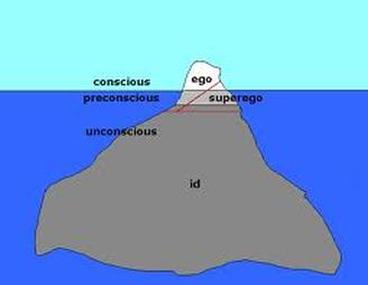 Ego defense mechanisms are mental strategies (conscious or subconscious) used by ego to defend itself against conflicts experienced in the normal course of every day life.


All Defense Mechanisms share two common properties :
They often appear unconsciously.
They tend to distort, transform, or otherwise falsify reality.
In distorting reality, there is a change in perception which allows for a lessening of anxiety, with a corresponding reduction in felt tension.


Anna Freud's Defense Mechanisms include:
Denial: claiming/believing that what is true to be actually false.
Displacement: redirecting emotions to a substitute target.
Intellectualization: taking an objective viewpoint.
Projection: attributing uncomfortable feelings to others.
Rationalization: creating false but credible justifications.
Reaction Formation: overacting in the opposite way to the fear.
Regression: going back to acting as a child.
Repression: pushing uncomfortable thoughts into the subconscious.
Sublimation: redirecting 'wrong' urges into socially acceptable actions.


After the initial list, many other mechanisms for coping with the difficulties life throws at us have been identified by other analysts and authors. People who are struggling with this issue (in general) at their psychological core have  “arrested emotional development”...

For the treatment method I recommend click the “Emotional Intelligence Therapy” link above.

Most people who have ego defense mechanisms have unconscious anxieties of intimacy and are self-defensive and at the same time are horrified of being alone.

Their solution to their emotional quandary is to form a fantasy bond. This misconception of connection and closeness allows them to maintain the dreams of love and loving while preserving emotional distance.

Notes *2:
In some places of mindset (especially in psychodynamic theory), specialists talk about “defense systems,” or ways in which we act or think in certain methods to better secure or “defend” ourselves. Immune system are one way of looking at how individuals range themselves from a full attention of distressing ideas, feelings and actions.

Most protection systems are fairly subconscious – that indicates most of us do not realize we’re using them in when. Some kinds of psychiatric therapy can help a individual become conscious of what protection systems they are using, how efficient they are, and how to use less basic and more efficient systems in the future.

Denial is the rejection to agree to truth or reality, doing as if a agonizing occasion, believed or feeling did not are available. It is regarded one of the most basic of the protection systems because it is attribute of early child years growth. Many individuals use rejection in their daily lifestyles to avoid working with agonizing feelings or places of their lifestyle they do not wish to confess. For example, a individual who is a doing alcohol will often basically refuse they have a drinking problem, directing to how well they function in their job and connections.

Regression is the reversion to an previously stage of growth in the experience of undesirable ideas or wishes. For an example a youngster who is confused with worry, rage and growing sex-related wishes might become needy and start presenting previously child years actions he has lengthy since get over, such as bedwetting. An mature may deteriorate when under important amounts of pressure, declining to leave their bed and practice normal, daily living.

Acting Out is doing an excessive actions to be able to show ideas or feelings the individual seems not capable of otherwise showing. Instead of saying, “I’m upset with you,” a individual who functions out may instead throw a book at the individual, or impact an opening through a wall. When a individual functions out, it can act as a pressure launch, and often allows the individual experience tranquil and relaxing once again. For example, a kid's self-control fit is a way of doing out when he or she does not get his or her way with a mother or father. Self-injury may also be a way of acting-out, showing in physical pain what one cannot stand to experience psychologically.

Dissociation is when a individual drops a record of your energy and effort and/or individual, and instead discovers another reflection of their self to be able to continue in when. A individual who dissociates often drops a record of your energy and effort or themselves and their regular thoughts and remembrances. Those who have a history of any type of child years misuse often suffer from some way of dissociation. In extraordinary instances, dissociation can lead to a individual knowing they have several selves (“multiple character disorder”). Those who use dissociation often have a turned off perspective of themselves in their globe. Efforts and their own self-image may not flow consistently, as it does for most individuals. In this way, a individual who dissociates can “disconnect” from the actual lifestyle for an occasion, and live in a different globe that is not messy with ideas, feelings or remembrances that are intolerable.

Compartmentalization is a smaller way of dissociation, wherein areas of yourself are divided from attention of other areas and acting as if one had individual sets of principles. An example might be an sincere individual who tips on their income tax return and keeps their two value systems unique and un-integrated while staying subconscious of the intellectual dissonance.

Projection is the misattribution of a individual's unwanted ideas, feelings or wishes onto another individual who does not have those ideas, feelings or wishes. Projector screen is used especially when the ideas are regarded undesirable for the individual to show, or they experience completely ill at ease with having them. For example, a partner may be upset at their important other for not hearing, when actually it is the upset partner who does not pay attention. Projector screen is often the result of a deficiency of understanding and recognition of someone’s own inspirations and feelings.

Reaction Development is the transforming of unwanted or risky ideas, feelings or wishes into their opposites. For example, a lady who is very upset with her manager and would like to stop her job may instead be far too type and nice toward her manager and show a desire to keep working there permanently. She is not capable of showing the negative feelings of rage and disappointment with her job, and instead becomes far too type to openly illustrate her deficiency of rage and disappointment.

Repression is the subconscious preventing of undesirable ideas, feelings and wishes. The key to repression is that individuals do it instinctively, so they often have very little control over it. “Repressed memories” are remembrances that have been instinctively obstructed from access or perspective. But because memory is very flexible and ever-changing, it is not like playing returning a DVD of your lifestyle. The DVD has been strained and even changed by your activities, even by what you have read or considered.

Displacement is the course-plotting of ideas feelings and wishes instructed at one individual or item, but taken out upon another individual or item. People often use displacement when they cannot show their feelings in a safe way to the individual they are instructed at. The traditional example is the man who gets upset at his manager, but cannot show his rage to his manager for worry of being shot. He instead comes home and sneakers the dog or begins an discussion with his spouse. The man is course-plotting his rage from his manager to his dog or spouse. Normally, this is a pretty worthless protection procedure, because while the rage discovers a path for appearance, it’s misapplication to other safe individuals or things will cause additional issues for most individuals.

Intellectualization is the overemphasis on thinking when encountered with an undesirable reaction, scenario or actions without utilizing any feelings at all to help mediate and place the ideas into an psychological, human perspective. Rather than cope with the agonizing associated feelings, a individual might implement intellectualization to range themselves from the response, occasion or actions. For example, a individual who has just been given a terminal healthcare analysis, instead of showing their unhappiness and sadness, concentrates instead on the details of all possible useless surgical techniques.

Rationalization is putting something into a different mild or providing a different description for someone’s views or actions in the experience of a modifying truth. For example, a lady who begins dating a man she really, really prefers and believes the globe of is instantly thrown out by the man for no reason. She reframes the scenario in her mind with, “I alleged he was a loss all along.”

Undoing is the make an effort to take returning an subconscious actions or believed that is undesirable or painful. For example, after recognizing you just insulted your important other accidentally, you might spend then next hour enjoying their beauty, appeal and intelligence. By “undoing” the past action, the individual is trying to deal with the damage done by the unique opinion, expecting the two will stability one another out.

Mature protection systems are often the most beneficial and employed to most adults, but may require practice and effort to put into daily use. While basic protection systems do little to try and take care of actual issues or issues, mature resistance are more targeted on helping a individual be a more beneficial part of their environment. Those who old resistance are generally more at serenity with themselves and those around them.

Sublimation is basically the directing of undesirable wishes, ideas and feelings into more appropriate ones. For example, when a individual has sex-related wishes they would like not to act upon, they may instead concentrate on extensive exercise. Refocusing such undesirable or harmful wishes into effective use allows a individual path energy that otherwise would be lost or used in a way that might cause the individual more stress.

Compensation is a process of mentally counterbalancing recognized flaws by concentrating strength in other sides. By concentrating and concentrating on someone’s strong points, a individual is acknowledging they cannot be strong at all factors and in all places in their lifestyles. For example, when a individual says, “I may not know how to prepare, but I can sure do the dishes!,” they are trying to make up for their deficiency of cooking abilities by concentrating their cleaning abilities instead. When done properly and not in an make an effort to over-compensate, settlement is protection procedure that allows strengthen a individual's self-esteem and self-image.

Assertiveness is the focus of a individual's needs or ideas in a way that is well-mannered, direct and company. Interaction styles are available on a procession, which range from inactive to competitive, with assertiveness dropping nicely inbetween. Those who are inactive and connect in a inactive way are generally excellent audience, but hardly ever talk up for themselves or their own needs in a relationship. Those who are competitive and connect in an competitive way are generally excellent management, but often at the price of being able to pay attention empathetically to others and their ideas and needs. Those who are confident attack a stability where they talk up for themselves, show their views or needs in a well-mannered yet company way, and pay attention when they are being verbal to. Becoming more confident is one of the most preferred communication abilities and beneficial protection systems most individuals want to understand, and would benefit in doing so.

Remember, protection systems are most often discovered actions, most of which we discovered during child years. That is a best part, because it indicates that, as an mature, you can choose to understand some new actions and new protection systems that may be more beneficial to you in your lifestyle. Many psychotherapists will help you perform on these factors, if you would like. But even becoming more conscious of when you are using one of the less basic kinds of protection systems above can be beneficial in determining actions you would like to reduce.