Arrested Psychological Development:
You maybe younger than you look…psychologically speaking… 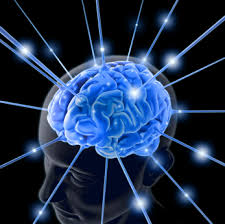 GOING TO THE ROOTS:

The roots of Arrested Psychological Development are from past traumas or disturbances in childhood, adolescent or teen’s family of origin—specifically, to problems in the parent-child relationship in each childhood developmental stage.  For example it is believe by some that narcissistic personality disorder in created before a child turns three years old.  This early origin is thought to explain why narcissistic are so difficult to treat in later adult life.  (And is the reason that some adults act like children emotionally).

Where does Arrested Psychological Development come from?

According to Kohut and others, a normal child grows up out of Arrested Psychological Development through occasions to be emulated by (i.e., gain approval from) his or her parents and to overemphasize (adulation) them, acquiring a more accurate sense of self and a set of personal ideals and values through these two processes.


Traumas or Disturbances:
Disturbance: On the other hand, if the parents neglect to provide appropriate opportunities for adulation and emulating, the child remains "stuck" at a developmental stage.

Traumas also can have the same results…such as a hit on the head from a car crash, etc. 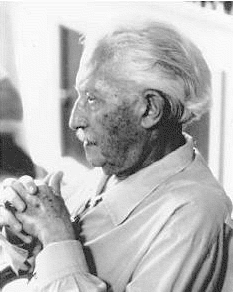 This brings us to “The Eight Psychosocial Stages of Human Development”.

You’re original, immature, unidentified Subconscious Issues Are controlling your behaviors—and even your thinking...

We all go through these 8 stages of development in our physical life. These stages are generally infant, child, youth, adolescence, teen, young adults, adults, and elders. You will notice that even though there are ages assigned to these stages, everyone is different and some people can appear to stay younger longer than others. However, we have to go through these stages eventually or die trying….

1- Psychological development also goes through 8 stages, and if we are healthy the development matches physical development. I believe that we go through the emotional stages of helplessness and need, formation of personality, fear and suffering, responsibility and acceptance, and finally, peace.

2- Again, although we all start at the state of helplessness and need, these stages are not age specific. We all have probably met people who are stuck in one of these stages or another.

More serious issues…central to most personality disorder problems, is arrested emotional development, which is triggered by parental neglect and/or abuse in infancy and childhood (birth-18 years old).

In these cases adult development can be accomplished, but it takes time and treatment to mend the core trauma wounds that are inherently at the root of this dysfunction of emotional development.


Treatment Methods:
Some people just grow up psychologically by living life…some psychiatrists have proposed the possibility of some adults whose arrested development is often corrected by life experiences alone.  However this is not the case for most.

There is an ongoing controversy about the nature of arrested emotions—whether it is fundamentally a character disorder unchangeable for the life of the person, or whether it is a matter of learned behavior that can be unlearned. Psychotherapists who incline toward the first viewpoint are usually cynical about the results of treatment for patients with arrested psychological development.

Click here to read about the treatment method I recommend.